The ADSHARES company is honored and proud to become a member of the Blockchain Game Alliance. A company that aims to empower blockchain developers, game creators and metaverse makers be able to monetize their creations via automated, paid advertising.

We can only own blockchain gaming if we share it.

Despite all that has been said about Web3 - not owned by anyone, connected, interoperable and user-created - we have all seen it go in the opposite direction. Different blockchains, different approaches, different wallets. And “everybody wants to rule the world”. One person I talked to said "everyone's trying to build an empire" - which is perfectly understood, given the ambitions and ideals of the crypto communities. But in the period of ICOs and crazy token turnovers, it’s easy to forget that (quoting Alex Becker) as much as "crypto lives in the basement of general finance" - "blockchain gaming lives in the basement of the general gaming industry".

While the social media giants have lost almost all trust and a lot of market valuation – the gaming giants are performing better than ever before. Roblox has 65 million users compared to Decentraland's 65 thousand. And Microsoft’s Minecraft had 93 million users in 2021. And 65 billion dollar receipt for Activision Blizzard only shows where the company is headed.

With the Pareto rule clearly working in their favor ("The bigger slice you get - the faster you get bigger") the chances for blockchain games to gain a prominent place in the general gaming industry are slim.

Blockchain Game Alliance has been created with the idea that maybe alone one walks faster - but it's only together that we can go much further. Which sounds logical, given the decentralized and community-owned nature of blockchain. Shared, co-created, free of monopoly, democratic. And history has proven that democracy works better when we associate.

The Blockchain Game Alliance is an organization committed to promoting blockchain within the game industry.

BGA’s goal is to spread awareness about blockchain technologies and encourage adoption, encourage the development of standards and best practices, advance public understanding of the category – and providing an open platform for game creators to discuss and engage.

The ADSHARES ecosystem is a complete and working solution for any metaverse or blockchain game creator.

Many game creators struggle to figure out the right ad monetization protocol.

Now, with automatic, programmatic advertising - any game creator can design advertising placements beforehand and start selling them on an open marketplace, like in Google AdSense.

It takes little imagination to see the potential of roadside billboards across Liberty City, bands at various stadiums, race tracks and courses – with ads that require no additional calls, fee negotiations and the hassle.

Then - with very little technical knowledge - they may integrate that placement with the protocol et voilà! - it is now ready to take advertising from the ad server, and deliver the payment almost instantly.

The ADSHARES system is fully interoperable.

For one - the native ADS coin, used for network maintenance and transaction processing - is wrapped to ERC-20, BNB and Polygon, with TRON bridge coming.

For two - it can integrate with any game or app, never mind which blockchain they are built on - Solana, Tron, Ethereum, Polygon, EOS, Solar - you name it - we can deliver.

Now – being a part of the BGA – gives ADSHARES hopes to bring monetization opportunities to the innumerable blockchain games and metaverses – existing and those yet to be born. 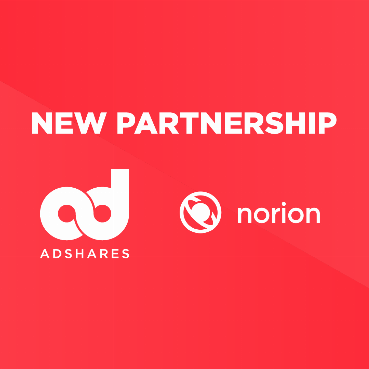 Adshares is establishing a partnership with launchpad - Norion.

ADSHARES protocol becomes DAO. The first voting has been launched. 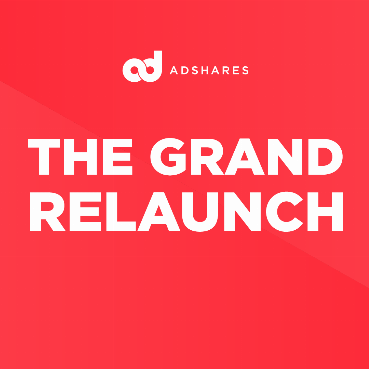 ADSHARES - The Grand Relaunch. The Metaverse advertising standard gets a new look